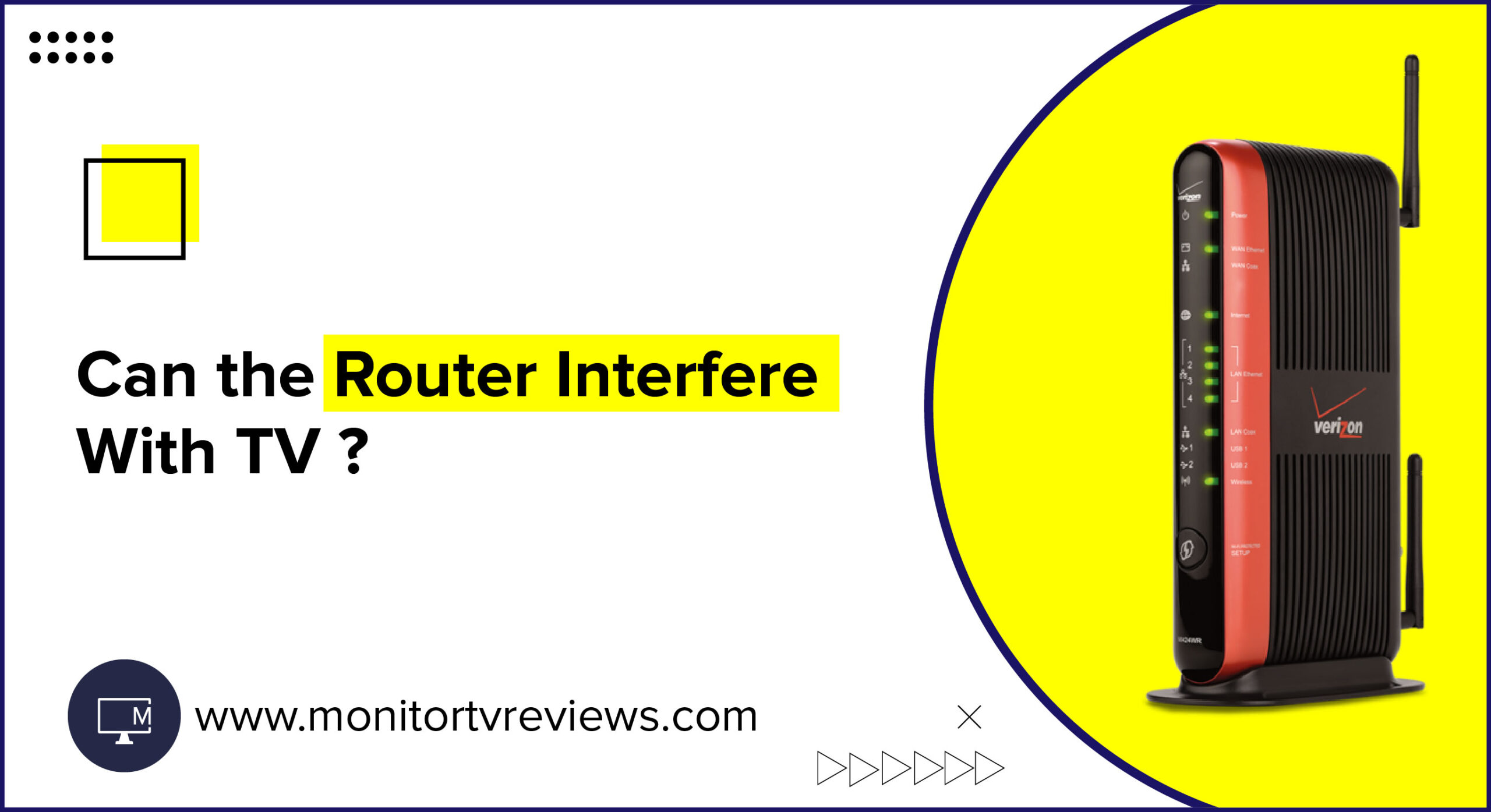 Technically it can be, but the word can not emphasize here your wifi-router interferes with your TV. Interference can occur only when the router’s signals collide with the TV frequency. If this happens, the wifi signals may face degrading.

Fortunately, it does not tend to happen in most cases. I’ve seen a lot of people talking about this, and who have put their router box back on their TV. Based on what many people experience that i’ve read throughout my research on this, I came to the conclusion that it does not have any sort of potential side effects. Neither on the TV nor the router, By means of that, you can place it behind the TV by means of that.

So far, here in this blog, we generally give accurate information. And this makes to try out this as I have the things needed to be followed.

Let’s first talk about what was my experience when I placed the wifi router on the backside. But before that, I must explain here the type of router. And the smart TV.

I have a wifi-router that can typically establish waves around 30 ft long without degrading or losing the wifi bar. And my TV is from the Samsung brand with a transformer inbuilt, like regular TVs.

Coming on the topic, when I placed the router on the back. Generally, there was no potential difference that I think can crop up problems with anyone. However, I saw some wifi-bars dropping. It seems like the distance has been cut short.

The reason for wifi dropping I don’t think had any relation with the electronic waves, apart from it is as per visualization power due to the mass of the TV. That has covered the router thoroughly; therefore, the waves coming out of the wifi-router had the tackle-hard with the TV’s solid body.

To confirm this, I moved the side where I can pore over this in and out. Such that the wifi-router got covered from two-sides. Front side with the TV, and the left side with a solid brick wall. My position was on the right side. Then, the results I got doing this were apparent. I was getting only 2 to 3 wifi bars on my mobile device that was lower than I’d expected to be. Even the position was no more than 10ft-15ft maximum distance.

Finalizing that, I didn’t see any impact due to waves as it could be if we see from a technical point of view.

Experiment #2- Keeping the router Below the TV.

The results were interesting to me that I’ve examined throughout this experiment. When I placed the router below the TV, the wifi signals drastically declined like never ever happened. I was confused with this scenario as I just did as for fun. But it seemed it turned out into an important point to be noted.

I shared this with one of my friends who is even more expert than me in this field. His opinion was this; Most of the TVs have transformers at the downside, which means that the waves establish towards downwards. And the router usually throws signals onwards. Thus due to the small difference between their focal points, the waves may intersect with each other. Causing interference in their ways.

His point is valid as the position was the same as he guessed. So, to conclude here, I will say the chance of interference depends upon the TV’s transformers direction and the router’s direction. If both work against then there will be a great chance of this occurrence.

This time I placed the wifi-router at the difference of 10ft from the TV. The same as we usually do, thus the results were the same without any sort of inconvenience, plus the distance of signals also at its maximum lengths. It is because I mounted the router at the best possible place over my house. In such a way, I can connect my mobile device as well my TV at the same time.

We recommend you to try this there is nothing wrong, the results you get once will remain the same forever. After placing the backside of your TV, take a gander at the WiFi signal strength on your computer, laptop, TV, or you can use your mobile to test it. In the event that you see just 2 or 3 wifi bars dropping up and down; Meanwhile, you think that it isn’t the signal strength you usually have. Then you can do another test by moving your Router to another area where you usually mount it or place. Simply attempt a more drawn-out cajole link and move the switch out. Or, on the other hand, unplug it, move it to another port, and see what occurs.

After examining the scenarios in both ways, you will get a better understanding, far better than you get from reading what I’ve been through.

However, in my opinion, I will say there were nothing technical problems, apart from the TV mass, that may weaken the signal’s strength.